Book Review: What Is and Could Be by Katelyn Buxton 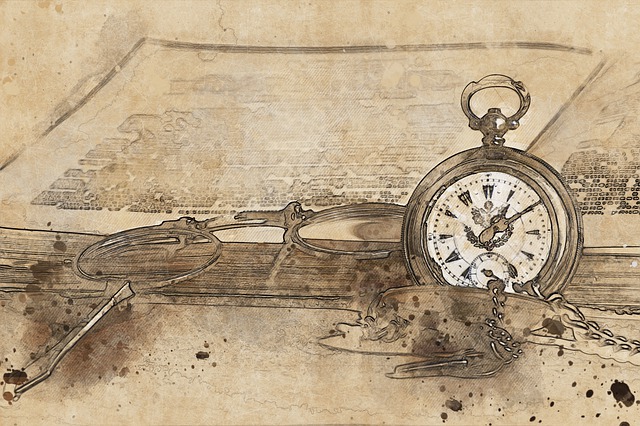 The world was gray, washed of all color.

These are the opening thoughts of Timothy Wright. A missing leg from a childhood accident leaves fifteen-year-old Timothy feeling as though he’d been robbed, not just of a leg, but of his future. A couple chapters later, Timothy bemoans that “Everything was broken. Like himself.”

One of the things that pulled me into this book is how relatable Timothy is. Most of us probably don’t have a missing limb, but we have all experienced times of brokenness, loss, and weakness. We’ve might have felt apart from the rest of the world or wondered where we would find strength to go on. Yet this is not a depressing story, but one full of hope.

What Is and Could Be is a Jane Austen inspired story that takes place in an alternate 19th century timeline that explores the idea of what is and what could be through the sweet friendship of two young people—Timothy and Mary. Timothy lives in Thameton (alternate version of London) of Solarium (the British Empire) and Mary is Veridan (Irish).

I do wonder (this is not criticism on my part, just curiosity) why the author chose to use an alternate version of the Victorian era rather than write it as a pure historical novel. Perhaps, to give the story the freedom to go beyond the restrictions that real time would place on it. Do not assume that this is laziness on part of the author. It is clear she has done her research. I think even a history buff would enjoy finding the tidbits of history slipped into the novel and spotting where it might differ from real time. The end of the book has a nice “Behind the Story” section that I enjoyed. There are also several tributes to classic books, hidden within the pages of the novel.

What Is and Could Be is not a story that’s going to grip you with non-stop action. Rather it draws you in through the lives of its characters. It’s a great comfort read when you need a book that will leave you feeling good. I’ve read it twice (the first when it was still on Wattpad), and the second reading is like sitting down with a couple of good friends with warm coffee. One of the ways I judge a good book is by how often I think about the story after it’s finished. Or a desire to read it a second or third time. Often for me, once I know the ending, the allure of the story is gone. That was not at all the case with What Is and Could Be.

As I read through What Is and Could Be the second time, I took a moment to jot down a few lines of each chapter. It was easy to find a humorous or teaching moment or simply something I could relate to in every chapter. There are a good many quotable passages; however, the writing is not at all pretentious. I found it easy to read, and did not feel like I had to look up definitions or wonder what the writer was trying to say. Katelyn’s writing style is simple, yet beautiful.

The strength of the story though, is really in its memorable characters. Of course, Timothy is my favorite. When the old maid is suddenly dismissed, Timothy’s lonely, broken spirit is confronted with fourteen-year-old Mary’s shy, but high spirits. Mary’s sweet nature is a nice contrast to Timothy’s sharp sarcasm. At first Timothy frightens Mary, who is desperate to keep her first job and afraid of upsetting her employer’s sometimes strange and reclusive son. Eventually, their shaky relationship buds into a beautiful friendship.

With Mary’s help, Timothy begins to take his first steps back out into the world since his accident. But Timothy’s true strength lies in rediscovering his relationship with the Lord. Yet, don’t get the impression that the book is “preachy.” Rather biblical truths are introduced in a way that fits naturally with the characters and doesn’t feel forced. For example, Mary recognizes that though she wants to help Timothy, his faith is misplaced in her and that he needs the one Friend that cannot fail him.

I also liked how Timothy grew in his perception of his parents. His parents are imperfect but not so selfish as Timothy supposed. Timothy even began to recognize himself in his father. I enjoyed the contrasts between the different families—Timothy’s emotionally reticent family to Mary’s affection family to the Wrights self-important, rich relations, the Astors.

My favorite character, after Timothy and Mary, is the parrot St. Vincent, who only repeats what he hears. The Wrights inherit the parrot from Timothy’s late aunt. St. Vincent’s hilarious interjections turn alarming when he squawks, “How dare you! Help, help, murder.”

Finally, What Is and Could Be wraps up in a satisfying, yet bittersweet ending. There is really only one loose thread. It is a minor one—only the chilling phrase about murder from the parrot that Timothy dismisses. After all, Timothy supposes he’s spent too much time reading novels.

Unlike so many other stories, Timothy’s weakness isn’t something that can be overcome through sheer grit. There’s no magical remedy for his problems. In fact, his family’s and his own losses are only compounded. At face value it might not seem like a happy ending. Yet the hope and strength Timothy found in the Lord promises to be with him as he steps out into a new future.

If you want to read more about the inspiration behind this story, you can find it at Katelyn Buxton Books.

If you want to read more about Timothy and Mary, (and the parrot) you can find the sequel To Live and To Breathe on Wattpad.

This is an ARC review and my honest opinion. I was not paid for a particular response.

Thank you for reading. Check out my other book reviews!

1 thought on “Book Review: What Is and Could Be by Katelyn Buxton”